Cineteria: Depicting 24 Frames in one Frame 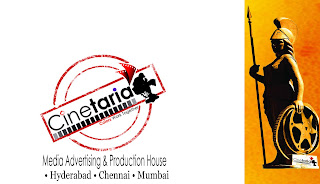 In today's rapidly changing world, the concept of ad agency is fast becoming an anachronism. With the proliferation of new forms of mass communication, ad agencies, offering clients a total solution to their promotional needs have become the order of the day, especially in electronic media domain.

Cinetaria has led the way in this new development, building up a comprehensive portfolio of services which can be mixed and matched to provide a complete tailor-made solution. Equally important in the present financial climate, Cinetaria can provide clients with an offering that is highly cost-effective, yet does not compromise on quality in any way.

Services:
Cinetaria promises a complete approach to your brand building and deliver the best results. We undertake all the pre-production, production and post production services for electronic media advertising and corporate films, promotional films, theatrical promo films, short films, documentary films and television ad films that can enhance your business.

Electronic Media Advertising
Cinetaria capture the essence, express the thoughts and convey the story in the perfect manner.

Film and Television Production House
Cinetaria convey the essence of your Feature Film / Tele Serial / Television Program or organization in the most interesting manner, virtually taking you through to get the right feel and exemplifying in its true colors.
Event Management
A special thematic approach which would jazz-up the proceedings, instigate the marketing and create the buzz.
Radio Events
Lyrics that has a long standing effect, music which sets the pulse with rhythmic beat and the contents which would have the long lasting impact.
Posted by Cinetaria Team at 7:13 AM No comments: